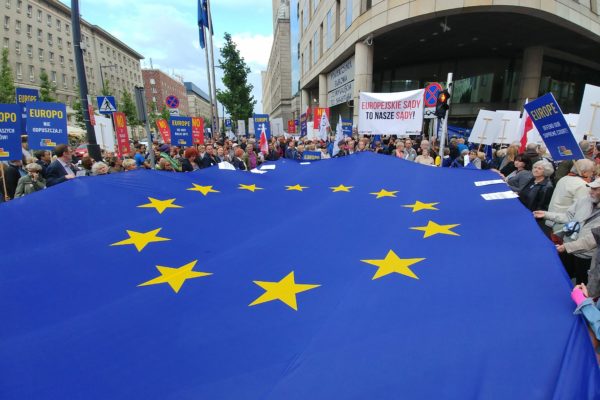 Warsaw, Budapest, Bucharest,October 22, 2020 The citizens of Poland, Hungary and Romania jointly demand that the European Parliament protects the rule of law in the frame of budget negotiations. Three social movements have joined forces in a common appeal to European leaders in POLITICO. They declare taking further action to protect their values. The appeal […]

The citizens of Poland, Hungary and Romania jointly demand that the European Parliament protects the rule of law in the frame of budget negotiations. Three social movements have joined forces in a common appeal to European leaders in POLITICO. They declare taking further action to protect their values.

The appeal to the European Parliament in support of the “funds for rule of law” mechanism, published in POLITICO, one of the most influential magazines on European affairs, is a first strong, common voice from activists of three movements: Akcja Demokracja (Poland), aHang (Hungary) and Declic (Romania).

We demand that members of the European Parliament uphold their strong position in defending the rule of law in the frame of ongoing budget negotiations, and use all of their power, including vetoing the budget if the results of negotiations will not efficiently protect common values, enshrined in article 2 of the Treaty on European Union.

The conditionality of payment in the 2021-27 EU Budget, dependent on respecting the rule of law raises high hopes for civil societies in countries like Poland and Hungary. At the same time it is the last resort to turn our governments back on the path of democracy, as all other European regulations have failed– said Karolina Skowron, executive director of Akcja Demokracja.

We appreciate voices from the main powers in the European Parliament saying that possible sanctions should not hurt citizens, but affect the governments. We hope that effective decision making proposed by Parliament, will stop further attacks on democratic standards by Orban and Morawiecki government– said Máté Varga, executive director of aHang.

Just one year ago, the EU was one step away from triggering the Article 7 sanction procedure against Romania. And, today we still have many legislative issues that need to be solved to uphold the Rule of Law. That’s why Declic considers that supporting solidarity between Eastern Europe citizens is now more necessary than ever – said Cătălina Hopârteanu, Declic campaigner.

Civil movements in Poland, Hungary and Romania have for the last years boldly protested against violations of the rule of law.

[Protest in front of the Office of European Commision in Warsaw demanding steps to protect Polish High Court from taking over by politicians.]

In Poland: since 2015 thousands of people have protested on the streets and have signed petitions against the takeover of the judiciary system. Over 62 thousand people signed a petition against attacks on the independence of judges [1], more than 26 thousand appealed to the European Commission to take action against the “muzzle act” that abolishes judicial independence [2].

[Pro-democratic protest in Budapest by aHang]

In Hungary: Over the past three years, hundreds of thousands of Hungarian citizens have stood up for the rule of law through aHang’s petitions, demonstrations and actions. 110,000 people signed a petition and 40,000 took part in an online demonstration against the government’s unlimited mandate during the COVID period [3]. Further hundreds of thousands have joined campaigns against institutionalized corruption, the overtaking of the media, the destruction of independent culture, the unilateral transformation of education, and the harassment of civil society and refugees by the Hungarian government.

[Protest in Romania organized by Declic]

In Romania: the Declic community consists of +800,000 active members that act for a more fair, flourishing, and just Romania. Since 2017, Declic has been campaigning for an independent justice system. More than 300.000 citizens have signed our petitions to support the Rule of Law. Also, we created and launched three concepts (#rezist, All for Justice, Penalistan), representing protesters’ demands from all around Romania.
Importantly, a recent survey published by the European Parliament shows that there is strong support for the “funds for rule of law” mechanism. 77% of Europeans insist EU funds be linked to respect for the Rule of Law, respectively 72% in Poland and Hungary and 82% in Romania [4]. 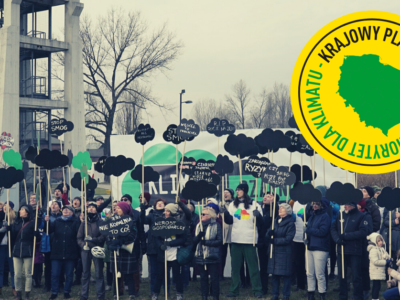